Mr. John Ray Buchanan of Kingsport passed away on September 12, 2022. He died surrounded by family at the home he helped build 60 years ago. Born April 7, 1923, in Glen Ayre, NC, John was one of ten children. From a young age, John worked horses to plow the fields. Perhaps it was due to his love and respect for the horses, but it has been said that he was the only one who could handle them. In his later years, he referred to the work on the farm as the job he loved most. John entered the US Army in 1944. He served as Staff Sergeant stationed in Italy. While on a 10 day RR to the Isle of Capri, he met his future wife, Ida Maria DiPinto. It was love at first sight when he spotted her playing ping-pong at the American Red Cross. Following his honorable discharge, Ida traveled to the U.S where they were married on March 30, 1947. This past March they celebrated their 75th wedding anniversary. John re-enlisted in the army to escort WWII fallen soldiers back to their families. He always felt that it was the most honorable job he ever had. John and Ida eventually made Kingsport their home, where they raised their family and lived for 73 years. Upon arriving in Kingsport, John was employed by Greene Hardware & Supply Co where he primarily worked as a salesman until his retirement in 1985. Through his work, John made lifelong friends with co-workers and customers. Following his retirement, John assisted Ida with her business, Weddings by Eda, until 2010. He also developed a Christmas tree farm on his North Carolina land. For many years, he and his son, Curtis, grew what many referred to as the most beautiful Christmas trees around. John's favorite hobby was splitting firewood and did so until he was 91 years old, stopping only because his children strongly encouraged him to change his wood stove to gas.  He was proud of how he had learned to use an axe as a young boy and was able to continue to do so through his elderly years. John's second favorite hobby was watching The Atlanta Braves. He enjoyed all sports, but baseball held a special place in his heart, as it was the one he played as a boy on the farm. Throughout his life, John lived his Christian values and was an active member of First Baptist Church of Kingsport for 73 years.

John was a devoted husband, father, grandfather, and great grandfather. Nothing was more important to him than his faith, family, and friends. He was a man of integrity and honor. He exemplified grit, humility, and compassion, always willing to lend a helping hand. He taught us about work ethic and resilience. He enjoyed the simple things in life such as good food and a warm fire. John enjoyed family gatherings filled with big meals, laughter, and love. He kept a positive attitude, asking every morning until his last days, "Do we have a pretty day?" John will be missed by all who knew him. He was truly a member of the greatest generation.

The family wishes to express their gratitude to the following: Amedisys Hospice, especially Kelli, Sarah, Tom, and Connie, Home Instead caregivers, the geripact of the VA Medical Center, caregivers Lynn, Geri, Ann, and Michele, and special neighbors, The Pease and The Trents. With the love and care that these people provided, our daddy was able to remain in the comfort of his home.

A Funeral Service will be held Saturday at 2pm at First Baptist Church of Kingsport with a reception to follow.


To plant memorial trees or send flowers to the family in memory of John Buchanan, please visit our flower store.

Your condolence is awaiting moderation. Once approved it'll appear in the guestbook.

All my memories of John are pleasant ones.Jess and Elmer married my dad’s sisters…so John was my uncle too! I shall always remember his bright smile, his hard work and love of Glen Ayre. He adored his family…and that was returned.

Dear Ida and the rest of the family, we are so sorry to hear about Uncle John’s passing… All my life and before, John came to Glen Ayre from Kingsport many times a month to work in trees, help the family, or some project… and until about 5 years ago he always had a room in “the barn” where he kept his things locked-up… We miss his visits… I am glad I got to see him a few times before the lock-down… he still had a firm handshake… John told me stories I will never forget... family, NC, WWII… He enjoyed “boomer” hunting (red squirrel) until he came back from overseas… He called me Zeno…many years later he told me it was a politician from the 1950s after I inquired… John and Ida were in my parent’s wedding… My father lived with them while working at Penn-Dixie… Everybody liked John…he was a great guy… he was the last one left… we will always remember Uncle John…

We so admire your parents and your family. Theirs is a true love story. Your mother and all your family will be in our prayers for peace and comfort. We will be out of town on Saturday, but we will be with you in spirit.
Cheryl Breeding Rice and Tommy Rice

Our sincerest condolences for you all at this time. You have our deepest sympathy and prayers 🙏🏻🙏🏻 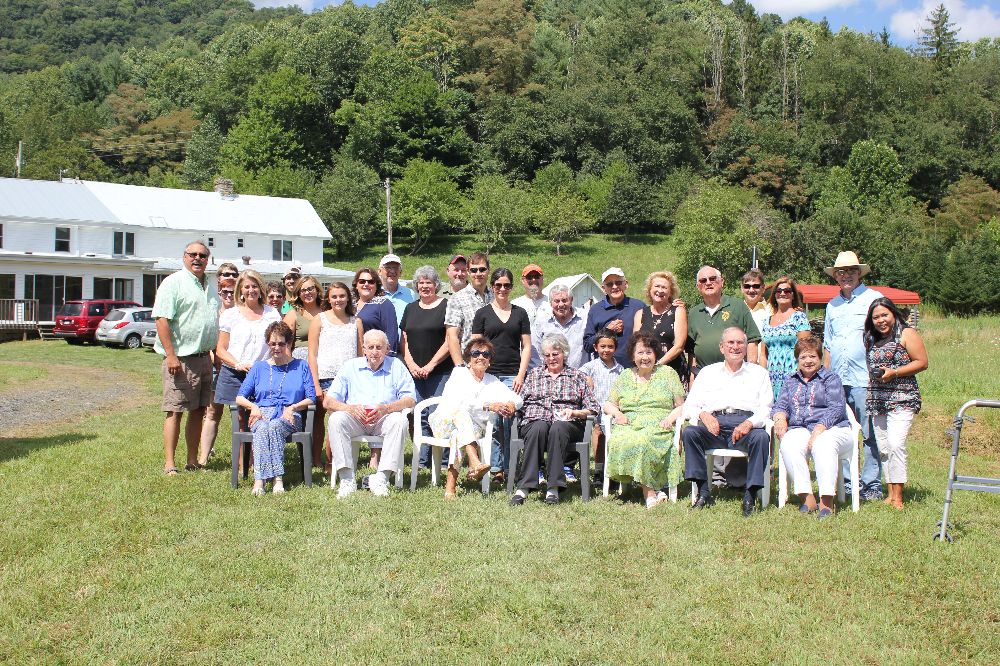 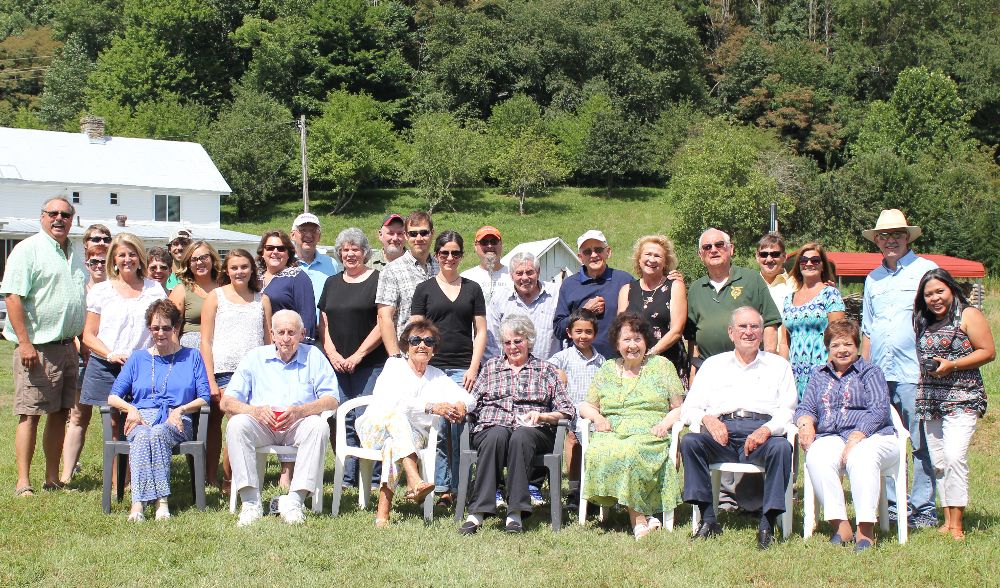