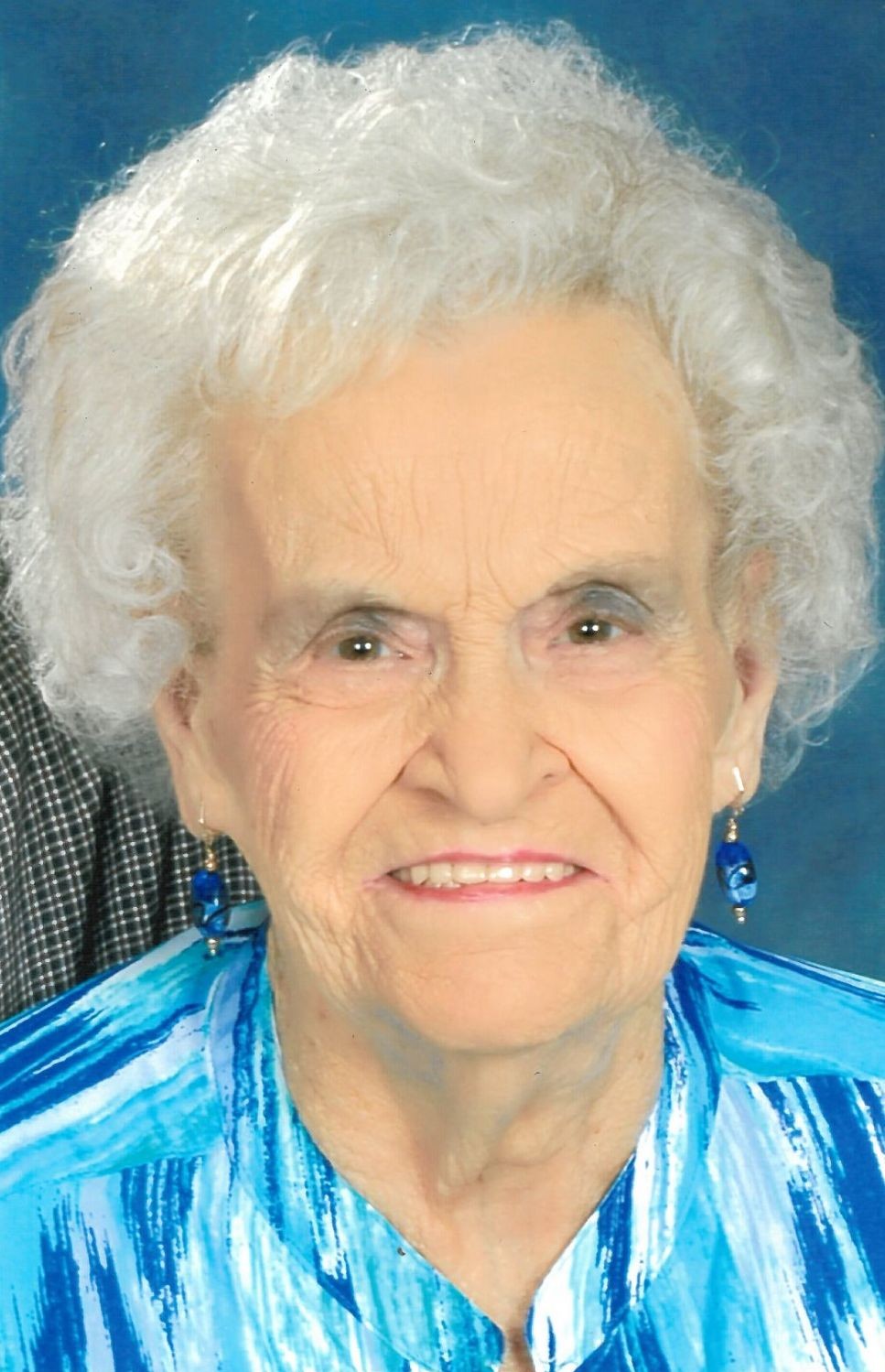 Vivian was born April 24, 1922, in Great Falls, Montana, oldest of four children. Much of her early childhood and schooling were spent on the ranches located outside of Great Falls, where her father found work – “a real cowboy.” Life was difficult, so over time her mother with the children moved back into the growing city of Great Falls where many relatives lived. Vivian always found part-time jobs to help out. She loved to go to the five-cent movies and visit her Aunt Florence, who managed a boarding house often visited by “later-to-be” famous people, such as Bob Still and other old western movie actors, or artist Charlie Russell. Vivian became an accomplished furrier/seamstress at a department store in town. She later brought that trade back to Kingsport, making alterations on fur coats or shawls for ladies in this area.

In 1942, Vivian took a job in the Engineering Draftsman Department – Aircraft Maintenance at Great Falls Army Air Base. Verlin Droke, Flight Engineer in the U.S. Army Air Corps, Air Transport Command was serving his last three years in service at this Air Base. He met and married Vivian on April 10, 1947. Upon his honorable discharge, January, 1949, they moved to Verlin’s family farm in Tennessee.

Vivian, who had never been far from Montana, found herself living with Verlin’s parents on a working farm trying to learn to use fat-back in pinto beans, make biscuits with lard, white gravy and sweet iced tea – three meals a day. Humidity (foreign word in Montana) took over; she said the first summer in Tennessee was 40 days of rain, everything wet or mildewed and she was ready to leave. But she was always a hard-worker and the family tried to make her welcome. Many hours of prayer in the “smoke house” out back gave her the faith to finally settle into her Tennessee home.

Vivian was devoted to her children and family. She was married to Verlin for 72 years. She helped in the Droke Family Shoe Stores. The store windows were “dressed”, with seasonal curtains and displays by Vivian. The huge station wagon car that Verlin always had to transport shoes between various stores, was loaded up with the family every few years to travel back to Montana to visit as many of Vivian’s relatives as possible. Some great adventures were had over the years during those trips.

The family home was filled with love and care. Vivian took care of everyone. She enjoyed flowers and plants throughout the house – Beware of the jungle on the front porch. She hosted large family and friends gatherings at holidays and other occasions. Vivian was always ready to help with her children’s projects from making play costumes to exploding volcanoes. She loved to read, especially Zane Gray westerns. She enjoyed crocheting and doing embroidery on pillows and linens. So much more could be said about this amazing woman, but no number of words can truly express Vivian’s boundless love for her family.

Vivian was preceded in death by her parents, Rueben and Frances (Woods) Dors; a brother, Arthur Dors; two sisters, Mary Axtman Brent and Florence “Pat” Hilt, all of which lived in Montana.

The family is grateful to Amedisys and all medical providers who were invaluable in the excellent care they gave her. Special thanks to caregivers, Sherrie, Lori and Robin.

The family will receive friends, Sunday, May 15, 2022 from 2:00 pm to 3:00 pm at Colonial Heights United Methodist Church. The funeral service will follow at 3:00 pm with Rev. Chris Brown officiating. At a later date, Father Michael Cummins from St. Dominic Catholic Church will pray at the graveside with Vivian’s family.

Burial will follow at Mount Lebanon Cemetery, beside the church.

To plant memorial trees or send flowers to the family in memory of Vivian Droke, please visit our flower store.

So sorry, from Great Falls,Montana

My deepest condolences to Paulette and the Droke family in the loss of your mother.

To Vivian and Verlin! All our love and prayers to the loss of your wonderful and lovely mother. I know she and Verlin are dancing now. We will always have fond memories of Droke Farm and both of them at Thanksgiving. Big hugs to Paulette, Rick, and Teresa. Love, Sally, Kim, Natalie, Mike, Joseph, and Elijah. .

What an interesting story of Mrs. Droke. She lived a wonderful long life and was a sweet lady. We are so sorry, Paulette for your loss. We have you in our prayers. May God be with you during this difficult time.

To the Veilin and Vivian Droke family,
Such a beautiful obituary, I met Verlin many years ago and visited several of his shoe stores where the sixth pair was free. I am a Artist Singer Songwriter and I once appeared on his WJHL TV show in Johnson City Tennessee back in the sixties. I remember his special song dedications to his wife regularly when he sung on the show.. Prayers and love to you all. I know you have so many precious memories to reminisce.. May God bless you all.

Dear Family, we have never met but I wanted to send my condolences.
I so enjoyed reading about your mom's life. She reminds me of my mother who has the same hard working spirit. My mom also moved to Tennessee from another state. Bless their generation as they were strong and loving.
Peace of Christ to all